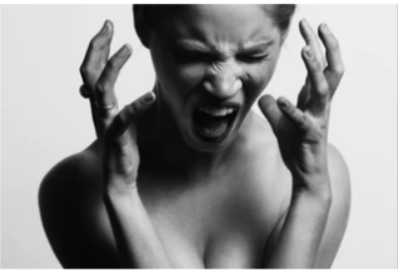 As part of their study, researchers found that cannabidiol (CBD) can reduce aggression associated with mental disorders and social isolation.

Aggressive behavior in humans is more common than most people might think. However, little is known about the exact neurological causes of the aggressiveness. Thanks to medical research, however, we now know that aggression can be successfully treated with antidepressants or antipsychotics. Since older studies have already shown that cannabidiol (CBD) can produce an effect similar to the said drugs, Brazilian researchers have investigated in their own study whether the use of CBD can reduce aggression.

Various CBD studies have already proven the positive effect of CBD on the body several times.

Isolation is a cause of aggression

Professor Francisco Silveira and his colleagues from the Ribeirao Preto Medical School of the University of Sao Paulo carried out their study on mice, as is customary for such medical and therapeutic studies. “We used resident intruder test, which causes aggressiveness in isolated specimen,” the researchers explain.

The classic process is as follows: Mice are kept in insulated cages for a few days. Another mouse that is considered an intruder is then placed in the cage. The penetration of the new mouse elicits an aggressive reaction in the other. In research, this is referred to as isolation-related aggression.

CBD can inhibit the aggressions

The researchers treated isolated mice with CBD for their study. Using a control group and different doses of CBD, the researchers were able to confirm their thesis: “Our study has shown that cannabidiol can inhibit aggressiveness,” says Francisco.

To determine exactly how CBD reduces aggression, the researchers injected a total of four groups of six to eight male mice with different doses of CBD. Another fifth group served as a control group and received no injections. In their evaluation, Francisco and his colleagues write that the control group showed the expected classic aggressive behavior towards other conspecifics. The CBD groups, on the other hand, attacked the intruders less violently and less frequently.

For example, the group with the lowest CBD (5mg/kg CBD) only attacked the intruders after four minutes. Also, the number of attacks fell by 50 percent. The second test group received 15 mg/kg of CBD and only showed isolated aggressive behavior after eleven minutes. Group three (30mg / kg CBD) and group four (60mg / kg CBD) also showed reduced aggressive behavior, but again more than in the second test group, which was the least aggressive.

It all comes down to the right dosage of CBD

As the researchers explain in their study, the results obtained are in line with current research into CBD’s use as an antidepressant, where very high dosages have shown little effect. It suggests that the right dosage of CBD is crucial for the success of the treatment.

The exact coordination has to do with the mode of action and CBD interaction in the brain and the endocannabinoid system (ECS). As Francisco explains, CBD reduces aggression by facilitating the activation of two critical receptors. However, what exactly influences these two receptors and why they impact aggressiveness is still unknown to science.