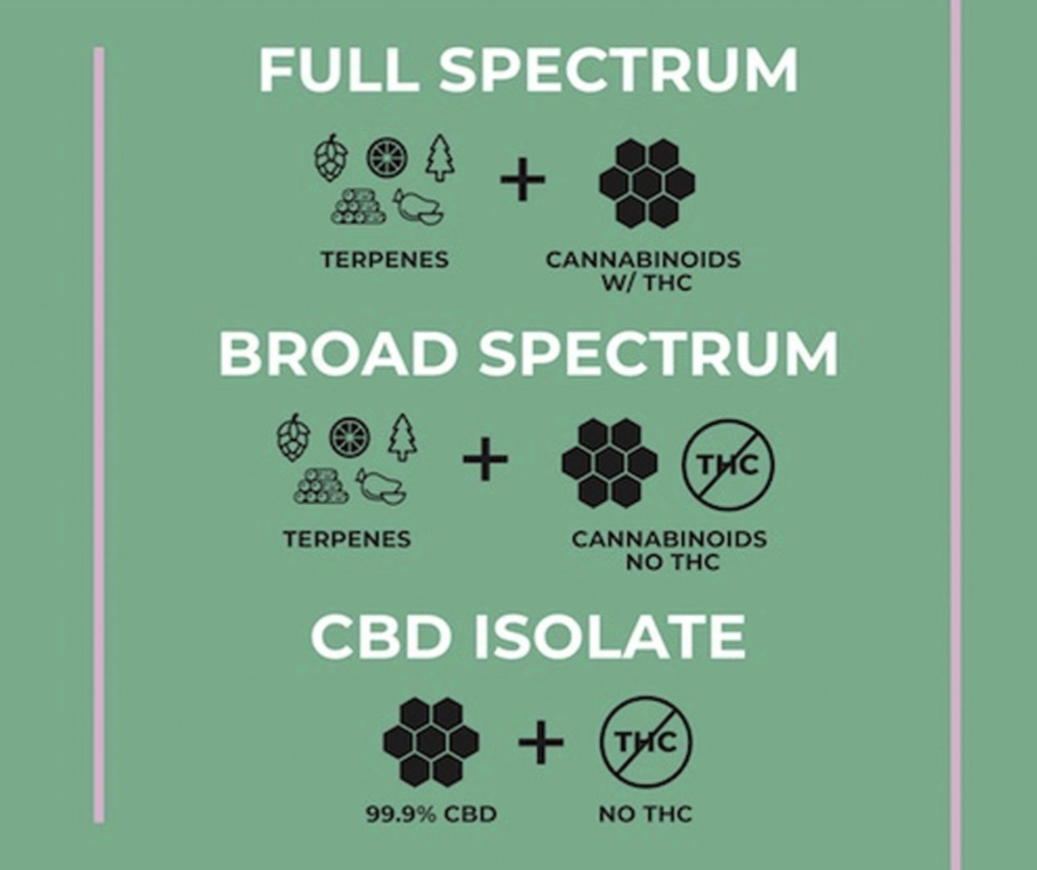 There are many different CBD products to buy online or from pharmacies. The CBD oils, which are available in different concentrations, are among the most popular. US researchers took a closer look and analyzed isolated and full-spectrum CBD oils in a small study and showed the differences.

Cannabidiol (also called CBD for short) is a cannabinoid obtained from the female hemp plant (cannabis). Contrary to popular belief, CBD products do not have any intoxicating effects on the body. So far, numerous studies by different institutes have proven various favorable properties of cannabinoids in humans and animals, which may also be why products containing CBD such as oils, creams, ointments, and capsules are currently so in demand.

Nevertheless, consumer advocates warning against some manufacturers who advertise the ingredient CBD but do not use it or only use it in far too low quantities. We brought you some helpful tips on how to recognize the quality of high-quality CBD products and what to consider when buying.

Researchers at the Roseman University of Health Sciences in Nevada also looked at some CBD products. Their focus was primarily on CBD oils and the differences between isolated and full-spectrum CBD oils. They have published their results in the US National Library of Medicine.

There are several versions of popular oils. It also includes isolates and the full spectrum variant. Although both are high-quality CBD oils, they differ in their composition and effects.

As the name suggests, the full-spectrum CBD oil contains the full spectrum of different active ingredients, especially many terpenes. The isolated CBD oil instead contains isolated CBD with no accompanying substances.

Effect on the communication channels of the cells

The US researchers evaluated the potential of the different CBD oils. The main criterion was the effect on the cells’ communication channels, as they write in their study.

Using the nanofluidic protein post-translational modification profiling (PTM for short), the researchers measured the effects on the cells’ communication paths of a total of six full-spectrum CBD oils and one isolated CBD oil.

After evaluating all the data, it was found that the six full-spectrum oils delivered what they promised. The amount of CBD and THC stated on the labels also corresponded to the amount measured. However, the isolated CBD oil turned out to be cytotoxic, i.e., toxic to the cells. However, a correspondingly high concentration of 40 µM must be present for the poisoning. At a concentration of the usual 1.2 µM, the researchers were unable to demonstrate the cells’ effect.

In the course of the study, the researchers demonstrated something else that is interesting: the longer the oil ages, the lower the positive effects. Therefore, we advise not to leave CBD oil too long but to use it up early.