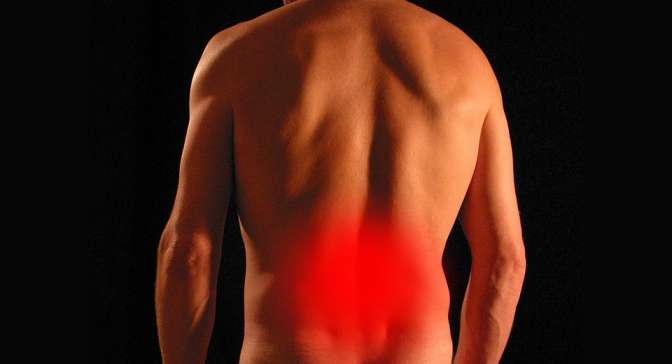 Ankylosing spondylitis, also known as Bechterew’s disease, is a chronic inflammatory rheumatic disease that causes pain and stiffness in joints and usually begins before the age of 40. Various studies suggest that cannabis-based medicines may be able to reduce inflammation and relieve pain.

Various studies have already shown that medicinal cannabis can be useful for rheumatic diseases, which we will discuss in more detail. First, however, we would like to explain the symptoms of Bechterew’s disease, the causes, symptoms, and treatment options.

In Bechterew’s disease, the immune system falsely turns against itself, which is why it is an autoimmune disease. The causes have not yet been clarified. However, it is believed that an infection of the urinary, digestive tract, and individual hereditary factors play an essential role in the development of the disease.

The hereditary trait HLA-B27 can be found in around 95 percent of those affected. This genetic factor plays an essential role in the defense against infections. The experts assume that the disease is at least partially hereditary.

What role does the intestinal flora play?

According to experts, there must be other causes in addition to the faulty immune reaction. Researchers have observed in mice that carry the HLA-B27 gene that they stay healthy as long as they are in a sterile environment. If these mice are taken out of this environment, however, they develop a healthy intestinal flora – as does Bechterew’s disease. The intestinal flora also seems to play an important role here.

At the onset of the disease, the symptoms are often non-specific. That is why they are often misinterpreted. The main symptom is inflammatory back pain in the morning, which occurs in the lumbar spine area. Affected people also feel stiff and immobile after getting up. These symptoms only improve through exercise.

Bechterew’s disease usually begins with inflammation of the sacroiliac joints that connect the sacrum with the pelvis. Pain also occurs in the rest of the spine later, which then stiffens over time. It is also typical for the disease that it progresses in phases.

How exactly the disease develops varies from patient to patient. In some patients, the symptoms are limited to the spine, and inflammatory pain occurs frequently. In other patients, on the other hand, the progressive stiffening of the spinal joints is in the foreground.

The disease spreads to other joints and organs

Also, the disease can spread to other joints and even organs, causing the following symptoms:

Bechterew’s disease can also affect the heart. However, inflammation of the main artery rarely occurs, which can lead to valve defects in the aortic valve. On the other hand, cardiac arrhythmias, such as seizure-like palpitations, arise much more frequently. However, these cardiac arrhythmias are rarely life-threatening.

Some patients also report recurrent diarrhea as the colon is affected by the condition. Mild pulmonary fibrosis has also been observed in a few patients.

How does the doctor diagnose ankylosing spondylitis?

Since the disease is unspecific and insidious, it can take many years before a reliable diagnosis can be made. However, an important sign is inflammatory low back pain, which should prompt the doctor to conduct further tests.

The Mennell test can provide the doctor with the initial information to determine an inflammation of the sacroiliac joints between the pelvis and sacrum. To perform this test, the patient lies on his stomach. The doctor then presses on the sacrum with the palm of their hand and lifts the extended leg on the thigh with the other hand. If the sacroiliac joint hurts during this movement, Mennell’s sign is positive, which suggests that ankylosing spondylitis may be present.

An X-ray examination is also carried out to identify inflammatory changes in the joints between the sacrum and the pelvis. Also, magnetic resonance imaging (MRI) is usually used, as it can not only visualize inflammation but also changes in the soft tissue.

Also, various laboratory tests are indicated, such as checking the values for the blood sedimentation rate (ESR) and the C-reactive protein (CRP) because these are increased with inflammation. If the values are not raised, this is not yet proof that there is no Bechterew’s disease. If the condition is in the early stages, the values are only slightly or not at all increased.

Bechterew’s disease has not yet been cured. However, it is possible to influence the disease through regular physical therapy positively. The treatment aims to maintain the mobility of the spine and relieve pain.

In physiotherapy, those affected learn special exercises that they should do at home several times a week. Also, the aqua aerobics can be helpful. However, these measures only improve the condition if they are consistently carried out regularly.

There is another interesting study on the immunosuppressive drug methotrexate. Researchers at the University of Texas evaluate studies on this active ingredient, and the result is that only 23 out of 100 patients have reduced symptoms of polyarthritis. In 8 out of 100 patients who received a placebo, the symptoms decreased to the same extent. According to this, only 15 out of 100 people with methotrexate felt significantly better.

The researchers explain that inflammatory disease osteoarthritis causes a complex state of pain that includes both nociceptive and neuropathic mechanisms.

The perception of pain is called nociception. Nociceptors are the receptors responsible for this process, which occur in all pain-sensitive tissues in the body.

It has long been known that cannabinoids such as THC and CBD from the cannabis plant dock to cannabinoid receptors 1 and 2 (CB1 and CB2) in the body and thus develop their effect. However, the body also produces its own cannabinoids (endocannabinoids), which can also bind to these receptors.

As part of their study, researchers stated that endocannabinoids play an essential role in regulating inflammatory processes in the body. However, they found this out “by accident.” During scientific experiments, laboratory mice are given an ear clip to tell them apart.

“Most of the time, animals can take it without any problems. It was different with our mice: they sometimes developed inflammatory skin changes around the ear studs. There are genetically engineered strains of mice in which both cannabinoid receptors do not work. And it was precisely these strains where the skin reaction occurred,” explained a senior researcher in a report.

The researchers then followed up on this finding. Because with the help of allergens, skin rashes can be caused in laboratory mice.

“Usually, these rashes are only mild. However, mouse strains lacking the cannabinoid receptors responded much more strongly. We made a similar observation when we blocked the receptors with a drug,” explained the researcher.

Cannabinoids that help with Inflammation

“There are also strains of mice in which the breakdown of these endogenous active substances is impaired. The endocannabinoid concentration in the skin is increased. In our experiments, these animals also showed a lower allergic reaction.”

The researchers’ results also coincide with the results of other studies. According to this, the cannabinoids from the cannabis plant could have a positive influence on inflammation.

CBD for help with Inflammation and Pain

Researchers at the Kennedy Institute of Rheumatology in Great Britain described the non-psychoactive cannabinoid cannabidiol (CBD) as an anti-arthritic agent back in 2000. In the study from 2015, the Institute for Drug Research in London also concluded that CBD could be a potential new drug for chronic inflammatory disease. The researchers stated that CBD binds weakly to the CB1 and CB2 receptors and that it showed anti-inflammatory effects both in vitro and in vivo.