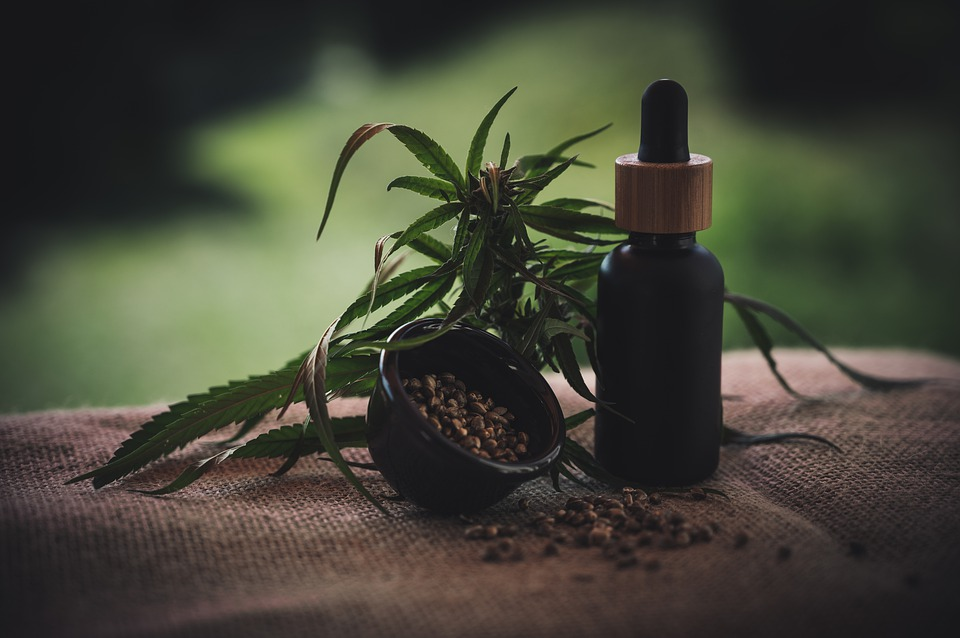 CBD OIL FOR OSTEOPOROSIS AND OSTEOARTHRITIS

Around 54.4 million people in the US have some kind of arthritis. Many of those affected suffer significant restrictions in their everyday lives as a result. Researchers have now discovered that the endocannabinoid system plays an essential role in the formation of bone mass and that the cannabinoids from the cannabis plant may even help with the broken bones.

Osteoporosis: What Is It?

Osteoporosis (bone loss) is a chronic disease in which the bone mass continuously decreases due to disturbed bone metabolism. As a result, the skeleton becomes porous and unstable. It automatically increases the risk of broken bones. Until around the age of 30, bones are constantly being built up and broken down in the skeleton until a maximum bone mass is reached, which differs from person to person. However, it decreases by up to one percent every year from around the age of 40.

Osteoporosis: Who is at Risk?

Various risk factors can promote osteoporosis. The risk of osteoporosis increases with age, and The body reaches maximum bone density at around the age of 30. After that, the bone density decreases steadily. Underweight people (body mass index <20) are also at risk.

Also, menopausal women are particularly at risk. The hormone deficiency activates the bone-degrading cells. However, people who cannot move regularly get sick. Certain medications, such as cortisone, can also have adverse effects. As a result, bone density decreases and bone breakdown increases.

Osteoporosis often occurs in old age. Bone loss is particularly common in old age. Older people over the age of 70 often suffer from a calcium deficiency and a deficiency in vitamin D.

However, genetic factors can also be a cause. All of these factors fall under what is known as primary osteoporosis. Around 95 percent of all patients are affected by a primary disease.

What is Secondary Osteoporosis?

Secondary osteoporosis arises from other diseases. Long-term treatment with cortisone, for example, in Cushing’s syndrome, can lead to bone loss. An overactive thyroid gland (hyperthyroidism) or an overactive parathyroid gland can also be triggers.

Other possible causes can be:

What are the differences between osteoporosis and osteoarthritis?

Although osteoporosis and osteoarthritis are different diseases, they can still be related. Osteoarthritis (joint wear and tear) can affect the spine, while osteoporosis increases the susceptibility to fractures due to bone loss. The bone loss can also lead to arthritis (inflammation of the joints). This in turn can lead to osteoarthritis.

Osteoporosis: How Do You Know?

Usually, the bone loss does not cause symptoms at first. If the bone loss continues, osteoporotic changes in the skeleton occur, and spontaneous fractures occur – apparently without an apparent cause. These are extremely painful and can be associated with considerable restrictions on movement. When long bones break, such as in the fracture of the femur, patients can no longer walk on the affected leg.

However, in osteoporosis, the vertebral bodies often break (osteoporotic bone fractures). Such a vertebral fracture causes severe pain, but people often assume that it is more like lumbago or sciatica. Even doctors often do not recognize a vertebral body fracture immediately but interpret the symptoms as severe back pain.

When the disease is advanced, vertebral fractures can cause the following symptoms:

In the worst case, the lower ribs come into contact with the iliac crest through the osteoporotic changes, which leads to further severe chronic pain. Many sufferers also adopt a relieving posture, which is why painful muscle tension occurs. The diagnosis of osteoporosis can be confirmed by measuring bone density.

Diagnosis: what examinations are required?

An orthopedic surgeon can perform bone density measurement. A determinable value in the bone is the Bone Mineral Density (BMD). It is the value that shows the mineral content of the bone substance.

Osteoporosis: Which Values Are Normal?

In the calculation, the mean bone density value of a healthy person is compared with the T-value (T-score) of the patient. If the T-Score is between 1.0 and – 2.5, the bone mass is low (preliminary stage). If the value is less than -2.5, it is an osteoporotic disease without fractures. If the value is less than -2.5 and there were fractures without a triggering event, the doctor may diagnose overt or advanced osteoporosis.

Can Osteoporosis Be Cured?

The disease progresses without proper treatment. Proper therapy can slow the progression of the disease and prevent complications. However, a complete cure is not possible.

How Do You Prevent Osteoporosis?

Regular walks can prevent osteoporosis. Osteoporosis can be prevented with simple means. In order to maintain healthy bones, physical activity is significant. For strong bones, activities in which the own weight has to be carried are particularly helpful. These activities include, for example, climbing stairs, fast walking (walking), jogging and weight training.

In addition to physical activity, it is also essential to watch your diet. It should be balanced and rich in calcium.

In order to stimulate the body’s own vitamin D production, it is also advisable to go for a walk in the sun.

In order to prevent bone fractures, bone metabolism is influenced as part of osteoporosis treatment. If there have already been broken bones, these must be treated appropriately. Classic painkillers are used here for pain relief. In general, therapy consists of various measures.

Proper nutrition plays an important role here. Osteoporosis patients should get enough calcium in their bodies because a calcium-rich diet can lower the risk of fractures. Calcium is especially essential for bone structure and stability. High doses of 1,000 to 1,500 milligrams of calcium per day are recommended. Calcium supplements are also often used because the calcium intake through an appropriate diet is not sufficient.

In addition to vitamin D, other vitamins and minerals can also be used in a supporting manner. These include vitamin E, vitamin K1 and vitamin B6 as well as the minerals zinc, magnesium and manganese, which can affect bone metabolism.

Medicines, known as bisphosphonates, are often prescribed as part of therapy. These have anti-resorptive properties. The active ingredients are deposited on the bones. There they inhibit the activity of the osteoclasts.

The osteoclasts are multinucleated giant cells that arise from the bone marrow through the fusion of mononuclear precursor cells. Their main task is the resorption of the bone substance. Their opponents are the osteoblasts. These cells, in turn, are responsible for the formation of bone tissue.

Bisphosphonates aim to reduce bone loss. It is used orally or parenterally. Like all drugs, bisphosphonates can have side effects. These undesirable side effects include gastrointestinal complaints, headaches, and joint and muscle pain.

Other Side Effects Are Possible

Bisphosphonates have been linked to other side effects when given intravenously. What is referred to here is what is known as osteonecrosis. The bone tissue dies as a result of necrosis due to a lack of nutrient and oxygen supply, which is accompanied by enormous pain. Researchers at Thomas Jefferson University Hospital in Philadelphia point out the risk of such osteonecrosis.

Health professionals usually advise patients who have been taking bisphosphonates for four or five years to take a three-year drug break. Adverse changes in bone density are not to be expected here.

The researchers at the University of Oxford also recommend this because bisphosphonates could increase the risk of cancer. The drugs are said to double the risk of esophageal cancer if they are taken for five years.

Despite these potentially severe side effects, it must be said that for many osteoporosis patients taking bisphosphonates, the benefits of these drugs outweigh their potential disadvantages.

Acceleration in bone loss has also been reported in CB2-deficient mice of similar age. However, they are linked to increased bone turnover. As a result, the researchers advocate the use of cannabinoid receptors as a target for anabolic and antiresorptive therapy for the treatment of complex, multi-layered bone diseases such as osteoporosis.

Cannabinoids From The Cannabis Plant

The cannabinoids like THC and CBD can activate the cannabinoid receptors, just like the endocannabinoids. CBD, which is not intoxicating, interacts with the CB1 and CB2 receptors. According to the studies listed above, the CB2 receptors are particularly important as they express the osteoclasts and osteoblasts.

The CB2 receptors are believed to be involved in balancing bone metabolism. According to a study, CBD can inhibit the release of the messenger substance norepinephrine. It is assumed that norepinephrine delays bone formation. It can lead to an imbalance in bone metabolism. Therefore, the administration of CBD could have a positive effect.

The University of Jerusalem researchers found that both the body’s own cannabinoids and cannabinoids such as THC and CBD from the cannabis plant contain long-chain fatty acid amides (FFAs). These, in turn, have potential effects on the osteoblasts and osteoclasts, i.e., on bone metabolism.

In the human body, these FAAs activate the CB1 and CB2 receptors and other receptors. The FAAs are broken down by the enzyme fatty acid amide hydrolase (FAAH). The researchers assume that CBD can inhibit this effect and thus contribute to bone formation.

The body reacts to a broken bone in a similar way to injuries to soft tissue. Bone healing usually takes place in different steps.

The bone ends grow together through newly formed bone tissue (callus). This bone tissue is formed by the activation of the osteoblasts (cells that are responsible for the formation of bone tissue during bone remodeling) in the inner periosteum. Usually, an internal bone callus then forms in the medullary cavity of the long bone.

It means that the two ends of the bone grow together again through the newly formed tissue. From about the eighth week, this tissue is broken down again by osteoclasts (cells that are formed by fusions of precursor cells from the bone marrow) and replaced by the bone tissue formed from the so-called trajectories (pressure and tensile load lines of the bone). To put it simply: the previously broken bone regains its natural shape in the final phase.

The 2015 study, conducted at Hebrew University and Tel Aviv University, attracted worldwide attention. The researchers injected a group of rats with fractured thighs with the cannabinoid cannabidiol (CBD) and another group with a mixture of CBD and THC.

The result was surprising even for the researchers. In the rats that received pure CBD, it was found that the bones had healed within eight weeks. Also, the bones had regenerated to the point that they were much more stable than before.

This healing process could not be seen in the other group that received CBD and THC. The researchers assume that the skeleton also has cannabinoid receptors and reacts to the cannabinoids from the cannabis plant, in particular to CBD. As a result of this “reaction,” the formation of new bone tissue is stimulated, and the connection between the bones is strengthened.

Can CBD oil have a positive effect on bone metabolism?

On the subject of osteoporosis and cannabidiol oil (CBD oil) or other CBD products, such as CBD capsules or CBD extracts, it should first be said that these are not prescription-only and can be bought over the counter. The THC content of these CBD products is so low that they have no psychoactive effects.

No CBD oil was used in the studies mentioned above, which indicates a positive CBD effect. Instead, CBD was used in high concentrations that a CBD oil does not have. In this respect, the effect of the CBD cannot be transferred to the cannabidiol products. Also, the effect of CBD on bone metabolism has not been clearly proven. Clinical studies on how CBD can work specifically here are lacking. CBD oil or other over the counter products with CBD is not a substitute for the standard osteoporosis treatment.