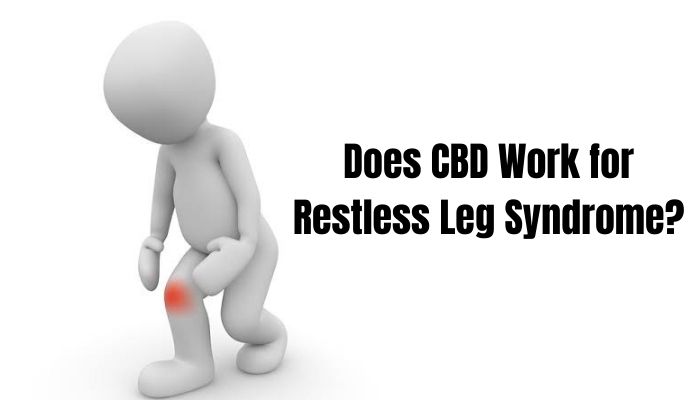 Another name For Restless Leg Syndrome (RLS) is Willis-Ekbom Disease. Restless legs syndrome is a condition characterized by discomfort associated with unpleasant sensations in the lower (and sometimes upper) limbs. Most often, these sensations appear when you are at rest, especially at night when you are sleeping. As a result, this leads to difficulty in fall asleep. That is why people with RLS often have chronic insomnia. In 1990, the American Academy of Sleep Medicine developed diagnostic criteria for RLS as a variant of sleep disorder and included the disease in the International Classification of Sleep Disorders.

In clinical practice, the doctor interprets complaints of patients into individual symptoms. Symptoms develop into syndromes on the principle of a common cause and similar development. By the severity, time of the onset of symptoms and the patient’s medical history, the doctor suggests a number of possible diseases, using laboratory and instrumental methods of research to confirm or refute the assumptions. There is an opinion that RLS is a disease of city dwellers, and that office workers who lead a sedentary lifestyle suffer the most from it. Nevertheless, people of different ages and different professions can suffer from RLS.  RLS often has a hereditary character as well.

SYMPTOMS OF RLS THAT CBD CAN ALLEVIATE

The severity of symptoms can vary widely and may include twisting of legs, spasm, tingling, burning sensations, legs itching and goose bumps. Relief comes from walking, rubbing, active leg movements and a warm shower. All of these symptoms may indicate restless legs syndrome. CBD oil has a potential to help with all these symptoms – let’s find out how.

HOW CAN CBD OIL HELP RELIEVE SYMPTOMS OF RLS?

Although restless legs syndrome has been known for some time, it was only recently that the treatment of the disease by alternative methods has gained attention. CBD Oil tops the list of substances that can potentially help alleviate the symptom. Previously, the only way to relieve the symptoms of RLS was to use pharmaceutical products, massages, hot baths, hot and cold compresses wrapping around the feet and some exercises. Recent studies indicate that CBD Oil and cannabis can also relieve RLS.

A study conducted at the Center for Clinical Neuroscience found that medicinal CBD Oil could relieve the symptoms of RLS in a group of subjects. For the study, six patients with RLS received medical cannabis containing CBD. Five of them said that their symptoms had completely disappeared after using cannabis. All study participants reported improved sleep after the end of their cannabis treatment.

In a  2015 study of Sleep, Pain and Cannabis published in the Journal of Sleep Disorders and Therapy, researchers mention cannabis’s proven ability to relieve pain and promote sleep. In their report, the researchers suggest that cannabis could possibly help pathologies such as sleep apnea or RLS that cause sleep disturbances and/or pain. The researchers also concluded that further research is needed in this area.

Another study in PubMed stated that RLS patients experience the relaxing effect from CBD Oil and that is the notable feature of CBD, resulting in sound sleep. Precisely, cannabis helps reduce RLS symptoms among RLS patients.

Although medical studies on the use of CBD Oil to treat RLS symptoms are limited, there is plenty of anecdotal evidence in RLS patients that CBD oil could certainly make their lives easier with this disease. It is still unclear whether CBD Oil can directly address the underlying causes of the disease, but its relaxing, analgesic and soothing effects may help patients fall asleep, and may also reduce their anxiety or depression symptoms.

This presumption exists because of a feeling of discomfort occurring in the case of a low dopamine level. Dopamine is a neurotransmitter, a molecule responsible for many processes in the body. Medical prescriptions against restless legs syndrome target dopamine-related processes in the brain. Sleeping pills are also given because the syndrome causes chronic insomnia – and of course, the usual painkillers.

Here are some of the ways CBD Oil helps people with restless leg syndrome:

Pain: RLS can be a painful experience and CBD is known to be a wonderful alternative to analgesics.

Sleep: RLS is closely related to sleeping issues. CBD Oil already has a reputation for helping with insomnia and sleep disorders.

Anxiety and Depression: RLS can be a chronic issue and often results in anxiety. CBD oil is a great way to naturally help alleviate anxiety and depression.

Dopamine: As we discussed above, low dopamine can possibly cause RLS. CBD Oil can regulate dopamine and help ease the symptoms.

Neurological Discomfort: This natural and plant-based bottle of magic is known and testified to work wonders for the neurological system.

Research on the phenomenon of restless legs is still in its infancy. The drugs mentioned above help many people with the syndrome. However, they have many side effects that one would prefer to avoid. That’s when patients tend to turn towards CBD Oil treatment. No studies have yet been conducted on the effect of CBD oil in homeopathic or alternative approach against Restless Leg Syndrome (RLS). However, more research has been done on CBD to treat other diseases. It is for this reason that we know its anti-inflammatory and relaxing effects. CBD improves sleep and has a positive effect on the body’s management of dopamine. Even in the absence of advanced scientific evidence, trying CBD is safe because it has no harmful side effects.

Today, 10% of the world’s population suffers from this disease and we know that it is a neurological problem. That is why a logical and safe solution would be CBD oil, a substance that is often prescribed to people with Alzheimer’s and Parkinson’s disease. A lack of dopamine is associated with RLS, and if it is not treated, the quality of life ultimately decreases and depression and anxiety take over.