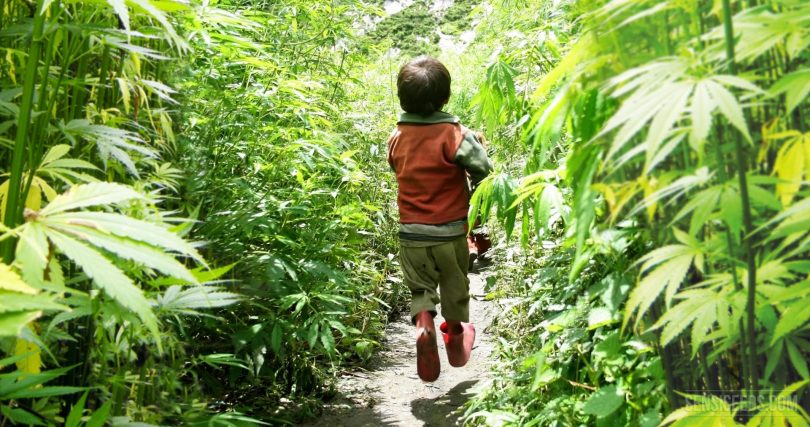 Little research has been done on the effects of CBD use on adolescents. However, all previous studies indicate that early consumption can have an adverse effect on brain development and brain performance. It was often assumed that the majority of the negative effects are due to the effects of THC. But what about CBD? Is CBD therapy effective for children and adolescents and safe, especially in the treatment of various diseases?

Is CBD therapy really safe for treating children and adolescents?

Adolescents voluntarily use cannabis because of the intoxication experience of the THC. Cannabidiol (CBD), the second major cannabinoid from the cannabis plant, is not psychoactive. Therefore, cannabidiol does not cause intoxication. Instead, cannabidiol can alleviate the intoxicating effects of THC. Also, it has several exciting effects that are increasingly becoming the focus of science. Various studies indicate that CBD can have anti-inflammatory, analgesic, antiemetic, and spasmolytic effects.

CBD has defined functions within the endocannabinoid system. However, in addition to interacting with cannabinoid receptors, it can target and interact with other targets. It can also intervene in the regulation of specific genes via other mechanisms. Some of the medical effects of CBD can be explained by these “off-target” effects, for example, its effect on seizures and epilepsy.

The effects mentioned are essential for the treatment of various diseases. However, children and adolescents are in physical and mental development. The body reacts very sensitively to external influences during this phase. If, for example, the regulation of genes or sensitive pathways in the body is influenced by the administration of CBD products (e.g., CBD oil) or other cannabinoids. This could also have adverse health effects. However, these insights have only developed in the recent past.

Several studies have been carried out with children and adolescents in recent years. Because of the knowledge of the antispasmodic effects in adults, children with epilepsy were treated with (pure) CBD, especially with Dravet syndrome and Lennox-Gastaut syndrome. In most of these studies, the reduction in seizures was more significant in the CBD groups than with a placebo. It indicates a positive effect of CBD on the cramping process.

Unfortunately, most studies have only been performed on a few patients. Specific random effects cannot be ruled out. Many studies also showed other methodological shortcomings. These make it challenging to make a clear and objective statement. In addition to the positive effects on epilepsy symptoms observed despite everything, there were also several acute side effects. Possible side effects with CBD treatment can be:

These results show that CBD therapy in children must never be carried out in an uncontrolled manner. Medical supervision and regular discussions with the parents are always advisable.

In connection with serious illnesses such as epilepsy or cancer, the quality of life of children and adolescents may be so limited by the illness that certain side effects are accepted to provide the affected child with relief from other complaints. In cases of less severe illnesses, the ratio of side effects to beneficial effects can be significantly weaker.

Long-Term Effects of CBD on Children’s Body are Unclear

It is entirely unclear what effects long-term use of CBD can have on the development of the child’s brain and other processes. There are still no medical and scientific studies. However, as already explained, the endocannabinoid system is involved in numerous processes in the body and nervous system as well as in gene regulation. Therefore, we can assume that it will have consequences. These should not be taken lightly.

Scientists emphasize that pure CBD products such as CBD oil can only be given before adulthood after careful consideration of the possible benefits and risks. In such cases, pure CBD is generally preferable over a cannabis extract or other medications with THC content.

Importance of CBD in the Palliative Treatment of Children

In addition to epilepsy and other spasticity, cannabinoids are used in children and adolescents in cancer therapy (for nausea and vomiting caused by chemotherapy) and especially in chronic pain in palliative care.

Palliative medicine is used when a disease, such as cancer, cannot be cured, but its symptoms can still be alleviated for the patient.

Since palliative medicine is about relieving symptoms in seriously ill children, the use of THC takes on a different meaning. Since these children in many cases no longer have a long lifespan in front of them, long-term damage from THC or other cannabinoids is not of primary importance. The most important thing for these children is to make life here and now as pleasant as possible.

Research shows that dronabinol is used in young patients with various underlying severe and secondary diseases. The children are generally restless. It can result from spasticity, disturbed sleep-wake cycle, gastrointestinal complaints, irritability, ADHD, and pain. These children also experience side effects of dronabinol. Some of them also lead to discontinuation of the medication. It is essential to start with a low dose and to increase slowly with good tolerance.

The medical team reported 19 patients who had received dronabinol. Symptoms decreased in 9 of 19 cases. In 3 cases, the dronabinol was discontinued because no effects could be determined. In 7 further cases, the effects could not be assessed because the treatment was stopped due to side effects or the discontinuation by other doctors.

Cannabinoids are Not the First Choice for Children

The results show that cannabis, with its cannabinoids such as THC and CBD, can play a role in palliative care in children. However, all doctors and scientists emphasize that cannabis is not the drug of the first choice. Unfortunately, excellent and randomized studies are also lacking in this area to be able to make clear statements in which cases and with which diseases, as well as with which symptoms, drugs containing cannabinoids can be a sensible option for seriously ill children.