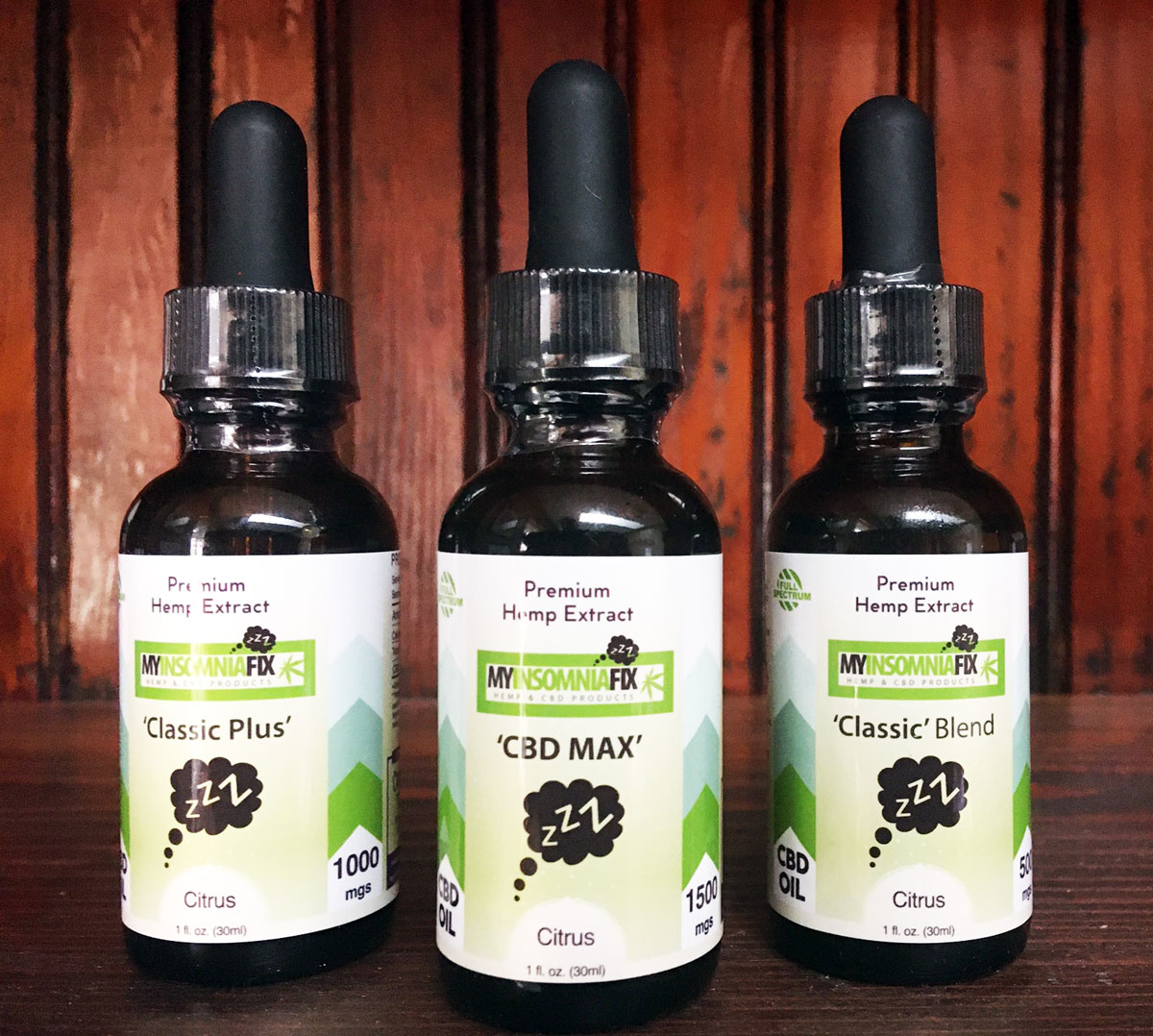 I feel particularly qualified to comment on this one as I have had a TBI.  As a side effect of my TBI I started getting restless leg syndrome and amazingly enough taking CBD made it go away!  But I digress… on to the article.

Public awareness of traumatic brain injuries has increased significantly in recent years. This is mainly due to military veterans, professional athletes and survivors of accidents who have started talking about the effects of a brain injury. There were also a large number of campaigns carried out by governmental and sports organizations.

Traumatic brain injury is one of the most common causes of death among people under the age of 45 worldwide. Such trauma usually arises from shocks such as falls, violent contact sports, car accidents, shots, stab wounds or explosions. In the US alone, 2.8 million people are affected by TBI every year.

Medical researchers have conducted studies to learn more about traumatic brain injury. The aim was to understand the causes and to develop new, more powerful therapies. A particularly promising option for brain injuries is cannabidiol, which is also known as CBD. How exactly does CBD work for traumatic brain injuries and what have the studies found? In the following section, we take a closer look at this.

What is Traumatic Brain Injury?

Traumatic brain injury is a disorder that results from a head injury. This can be an impact or a blow, due to which the brain hits the skull. When the brain is injured, it releases chemicals and neurotransmitters that lead to chemical imbalances, cell death, inflammation, blood vessel injuries, and tissue damage. These brain reactions are called “Secondary Injury Cascade”. They are the cause of many of the neurological problems associated with traumatic brain injuries.

Categories of a Traumatic Brain Injury

Traumatic brain traumas often have a variety of physical and psychological effects. Some symptoms or signs may appear immediately after the injury, while others appear days or weeks later.

Traumatic brain injury can be divided into three categories: light, moderate, and severe. The symptoms vary depending on the severity of the injury. Typical symptoms of a slight traumatic brain injury include headache, sleep disorders, nausea or vomiting, sensitivity to light or noise, dizziness, memory or concentration disorders. Typical symptoms of moderate to severe traumatic brain injury can include: convulsions or seizures; Loss of coordination, inability to wake up; Liquids that flow from your nose or ears, loss of consciousness for minutes or hours, severe confusion, speech problems, coma, and other disorders of consciousness.

Various studies have found that CBD acts as a neuroprotective agent on the brain after a head injury and can help reduce neurological damage after trauma. A special study looked at how cannabis can help treat people who have had traumatic brain injury.

It was found that cannabinoids such as CBD mimicked and even enhanced the endogenous activity of cannabinoids that the body naturally produces itself. These endogenous cannabinoids are part of the endocannabinoid system (ECS), which is supposed to regulate various and important physiological processes. These are relevant to the effects of brain injuries. They provide blood flow to the brain and regulate inflammation.

By influencing the activity of these ECS-related endogenous cannabinoids, brain injury to patients may heal more effectively and faster than injuries to patients who do not use CBD.

Other research has linked cannabinoids to a significant reduction in brain cell death after traumatic brain injury. In response to a head injury, the body activates the ECS, which acts as a self-protection measure. The body then activates the cannabinoid receptors known as CB1 and CB2 to protect the brain from traumatic effects on the head.

CBD and the ECS

The cannabinoids found in the cannabis plant, such as CBD, can activate the same receptors. They have similar effects to the naturally occurring cannabinoids in the body’s ECS. This allows the brain to be protected and healed after trauma.

It has also been found that CBD is able to delay the degenerative effects that usually follow a head injury. There is usually only a short period of time available for therapeutic interventions to prevent such effects.

Research has shown that CBD can provide long-term protection to the brain when administered shortly after a brain injury occurs. In fact, CBD has also been linked to the treatment of other neurodegenerative diseases that affect the brain. These include, for example, Alzheimer’s, dementia and Parkinson’s.

One of the earliest studies on CBD and traumatic brain injury dates back to 1998. The researchers published the results of a study in rats that demonstrated the neuroprotective benefits of CBD and THC. While more research is needed to fully understand the neuroprotective effects of CBD, recent studies have shown that CBD activates the cannabinoid receptors in the brain.

A 2011 study in rats found that endocannabinoid levels increased during and after traumatic brain injury. This indicates that the ECS plays an essential neuroprotective role.

Other animal studies have also shown that activating cannabinoid receptors in the brain can limit nerve cell damage and promote healing through improved blood flow to the brain. A 2002 study also found that mice found to be deficient in CB1 for genetic reasons suffer more severe brain damage than mice with the CB1 receptor.

Ultimately, CBD can also affect glial cells. These cells isolate the neurons and promote the brain’s immune response after an injury. Research has shown that CBD appears to have the greatest effect on two types of glial cells – namely microglia and astrocytes. An animal study from 2017 found that CBD suppressed swelling and activity caused by astrocytes. Another 2017 study found that stimulating brain cannabinoid receptors can suppress inflammation caused by rat microglia.

While CBD can show promising results for traumatic brain injury in the research laboratory, there are also impressive results in isolated cases. This includes former professional athletes from sports that are at high risk of head injuries, such as soccer and boxing.

Many professional athletes have spoken about the benefits of CBD in helping with traumatic head injuries, saying that it has helped improve their physical function, regulate their mood, and reduce or even eliminate the use of prescription tablets and other medications.

Unlike most prescription tablets, CBD is not addictive and users cannot overdose. CBD has no adverse side effects and does not cause increased tolerance, which requires higher doses over time to achieve the same effects.

How to take CBD for Traumatic Brain Injury?

When considering using CBD to treat traumatic brain injury, it is important to choose the right method of intake for your needs. Most patients prefer to get relief by taking a pill or tablet straight away.

With this method, the body can absorb the active ingredients directly into the bloodstream. This provides immediate relief and a longer lasting effect. In addition, CBD capsules and food do not cause the known lung irritation that can occur when smoking CBD. With CBD tinctures and CBD capsules, you can also directly control the dosage amount. This way, if you prefer, you can easily keep to the daily prescribed amount.

Vaporizing CBD also has an immediate effect. It is also more pleasant than smoking. A vape pen releases only a few by-products during use, but it does help with CBD. This allows consumers to find relief quickly.

The effects of CBD have become a real phenomenon in the medical world. This is mainly because this cannabinoid has promising uses in a number of medical conditions and can help alleviate and treat problems related to various diseases. In addition to the more general medical benefits, CBD has also proven helpful in traumatic brain injuries. The researchers hope to be able to carry out further studies on why and how CBD can be used for brain injuries.