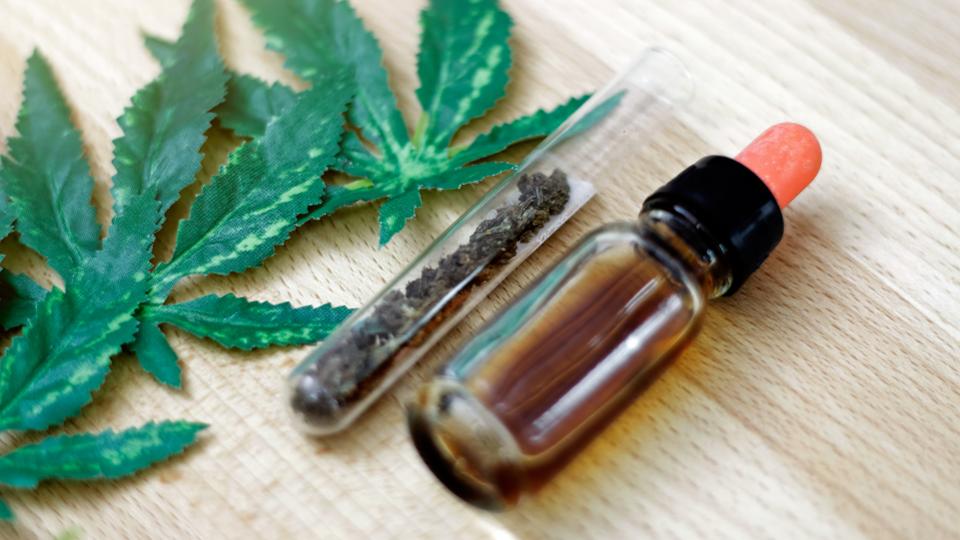 How do pain killers work, and what about medicinal CBD as an alternative? These are the two questions that many ask themselves and that we will answer again in detail in this article.

Painkillers are available in any pharmacy without a prescription. They are inexpensive and usually work quickly. Studies indicate that 11.5 million Americans misuse painkillers and opioids.

The consumption is likely to be much higher in patients suffering from chronic pain conditions. There is usually prescription pain medication for it. As part of this treatment, many patients suffer from severe side effects. CBD-based medicines can be a complementary alternative to reduce pain medication use.

Each of us has felt pain at some point in our life. In medicine, pain is defined as an unpleasant sensory and emotional experience. It is directly related to potential or actual tissue damage. Since a state of pain protects us from dangerous influences, it has a critical warning function.

Everyone perceives the intensity of pain very differently. Pain states can not only have a physical cause, but psychological complaints can also trigger painful states. In this case, we call it psychosomatic pain. Chronic pain is a disease of its own.

What is Chronic Pain?

There is also chronic pain. However, these are a disease in their own right. Pain memory is partly responsible for this painful state. It means that the body becomes more sensitive to the pain that it has learned over a long time. The body then responds with a state of pain even though there is no cause/reason for it.

Painkillers: What Happens In The Body?

The sensation of pain is triggered in our brain when the COX enzyme forms the messenger substance prostaglandin and binds to the pain receptors in the body. We can alleviate the sensation of pain. Various active ingredients are differentiated according to the point of attack in the nervous system and their mechanism of action.

Which pain relievers are anti-inflammatory?

The best-known over-the-counter pain relievers include acetylsalicylic acid (aspirin), ibuprofen and diclofenac, which are used for mild and moderate pain. These are also known as non-steroidal anti-inflammatory drugs (NSAIDs).

The active ingredients were initially used to treat rheumatoid arthritis. Although aspirin came onto the market at the end of the 19th century, the British biochemist/pharmacologist John Robert Vane did not decipher the mechanism of action until the early 1970s. It was even awarded the Nobel Prize for Medicine for this.

Vane was able to show that non-steroidal anti-inflammatory drugs inhibit cyclooxygenase (COX). As mentioned before, the COX enzyme is responsible for the production of the tissue hormones prostaglandins. First, NSAIDs block a subtype of cyclooxygenase called cyclooxygenase-2 (COX-2). When tissue in the body is damaged by inflammation or injury, COX-2 is particularly active. As a result, the prostaglandins thus formed an increase in the sensitivity of the receptors to pain and intensified the sensation of pain.

Paracetamol is not Anti-Inflammatory

Paracetamol has a minimal effect on inflammation. How exactly the substance works has not yet been clarified. However, we know that the active ingredient can reduce pain and fever. The substance mainly works in the central nervous system (brain and spinal cord). Here the substance inhibits COX-2 and presumably intervenes in other messenger systems, such as the endocannabinoid system.

Paracetamol has hardly any influence on another sub-form of cyclooxygenase, cyclooxygenase-1 (COX-1). The drugs ASA, diclofenac and ibuprofen, on the other hand, block the COX enzymes outside the brain, which leads to damage in the gastrointestinal area. The three substances also affect blood clotting. Painkillers are used for different types of pain and complaints.

Areas of Application, Risks and Side Effects

Doctors prescribe pain medication for different symptoms. The following table does not replace medical advice or prescriptions. It only serves as an overview. Please speak to your doctor before taking any pain medication.

Opioids have a pain-relieving effect on the opioid receptors in the brain and spinal cord. Also, the drugs have an anxiolytic and euphoric effect, although this effect quickly decreases. As a result, tolerance develops, which can only be compensated for by increasing the dosage. If there is no intake, withdrawal symptoms occur.

The best known is morphine, which has been used in pain therapy since the beginning of the 19th century. Opioids come from the opium poppy or its dried milky sap. There are also semi-synthetic and synthetic opioids.

In medicine, opioids are considered effective painkillers. Medically, a distinction is made between weak opioids such as tramadol and highly effective opioids such as fentanyl. In general, these pain relievers are used to treat severe pain and severe injuries. Since they come under the Narcotics Act, the medical prescription is based on a narcotics prescription.

Which Side-effects Can Occur?

Common side effects take the form of constipation and constipation. Therefore, it is often necessary to prescribe an additional drug for purging. Other side effects include nausea, vomiting, tiredness, dizziness and cardiovascular problems. In the event of an overdose, life-threatening respiratory depression can occur.

When to Take Pain Medication

Various drug experts refer to the 4-10 rule. It states that pain medication should be taken for a maximum of four consecutive days and ten days per month without medical advice.

When it comes to prescription-only strong painkillers, doctors decide the drug to be used depending on the cause of the pain, the severity of the pain and accompanying diseases. They also consider the previous experience of patients with medication.

Too Much Pain Medication – What to Do?

The package insert for a pain reliever always states the maximum daily dose. Under no circumstances should this be exceeded. If you have exceeded the maximum dose, please contact a doctor or the emergency room as soon as possible.

An overdose can be life-threatening. Paracetamol is an example here – even 14 tablets can cause severe liver damage. The tricky thing is that the symptoms of an overdose usually do not appear until the second or third day in the form of nausea, vomiting and abdominal pain. It is usually too late for an antidote.

An overdose of other pain relievers such as naproxen, ibuprofen and acetylsalicylic acid can also be life-threatening. The active ingredients are known to cause stomach ulcers or bleeding. Also, increased consumption of pain medication can increase the risk of heart attack and stroke.

Why not Take Pain Medication on An Empty Stomach?

Read the package insert for the medication or consult your doctor before taking it. In the case of some pain-relieving medications, it should be noted that they must not be taken on an empty stomach because the stomach and intestinal mucosa can be damaged.

It is often recommended to take the drug before or after a meal to protect the gastrointestinal tract. Also, a tablet should always be taken with sufficient liquid. It makes it easier for the tablet to pass through the back of the throat and better reach the stomach and small intestine. The intestinal mucosa can then absorb the active ingredients. Studies suggest that medicinal CBD can be useful for chronic pain.

How Medicinal Cannabis Works Against Pain

On the subject of cannabis as medicine, it should first be said that various clinical studies have significantly improved the knowledge about the therapeutic potential of cannabis-based drugs and medical CBD in recent years.

According to research, pharmaceutical-grade cannabis drugs and CBD have a positive effect, especially on cancer-related pain and neuropathic pain. The same applies to spasticity that occurs as part of multiple sclerosis.

The cannabis plant contains a variety of different compounds (phytocannabinoids), terpenes, flavonoids and other herbal compounds. The cannabinoids delta-9-tetrahydrocannabinol (THC) and cannabidiol (CBD) have been researched best.

The psychoactive cannabinoid THC from the cannabis plant has an agonistic effect on the cannabinoid receptors. However, individual modes of action can be traced back to other receptor systems. Researchers suspect that the relief of nausea and vomiting through cannabis is based on an antagonistic effect on the so-called serotonergic 5-hydroxytryptamine (HT) 3 receptor.

Also, some mechanisms of action are not only caused by THC, but also by other cannabinoids. Cannabidiol (CBD) can also work against nausea and inflammation.

The result is that cannabinoids such as THC and CBD enter the central nervous system via the bloodstream after oral ingestion (e.g., dronabinol drops) or the inhalation of medicinal CBD. Here they bind to the cannabinoid receptors. However, researching this mechanism of action is difficult, as there are many cannabinoid receptors in the brain.

The mechanism of action appears primarily to be inhibitory because cannabis has a slowing effect on the brain. It is why cannabis patients feel relaxed or euphoric.

The researchers evaluated a total of 18 experimental studies. The evaluation states that the cannabinoids only minimally raise the pain threshold. Pain tolerance hardly changes. Therefore, cannabis for medical purposes is not a pain reliever in the strict sense.

Instead, cannabis, especially with a high THC content, makes the pain more bearable. For patients who suffer from severe pain as well as side effects from classic painkillers, this may not be important.