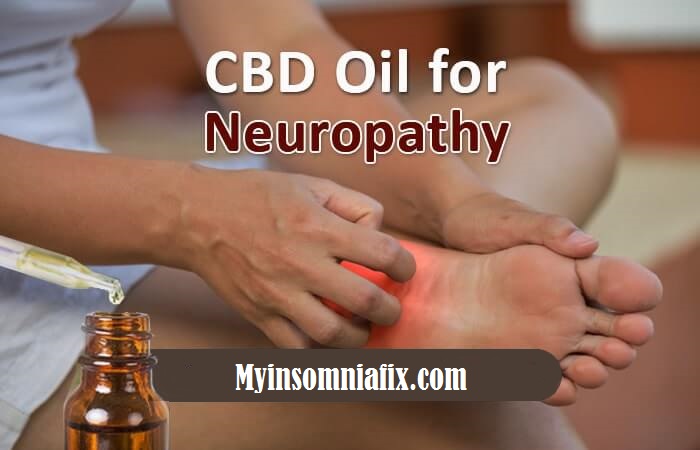 Your legs ache and burn, your feet tingle, and your nerves go crazy. Polyneuropathy is a nervous disease that begins insidiously and is irreversible. Many sufferers suffer immensely from the symptoms that are difficult to treat. Some studies and testimonials from patients indicate that cannabis could be helpful as medicine for neuropathic pain.

How Often Does Polyneuropathy Occur?

Despite modern medicine, the therapy of neuropathic pain is a pain therapy challenge. It is not uncommon for the side effects of drug therapy to predominate and only bring little benefit. CBD as a medicine can be a drug option here, as there is growing scientific evidence supporting cannabis’ potential for treating neuropathic pain.

There are also numerous testimonials from patients who successfully treat their symptoms with cannabis. The researchers at the Canadian Dalhousie University also describe this in their paper in April 2018. Here it says that the (body’s own) endocannabinoid system has shown that it can alleviate various subtypes of pain by activating cannabinoids.

Polyneuropathy and Its Causes

Polyneuropathy can have a wide variety of causes, and we now know more than 200 different triggers. However, the causes remain unknown in approximately every fifth patient. A rough distinction is made between the congenital and the acquired form of polyneuropathy, the latter form being more common.

The acquired polyneuropathy usually occurs as a result of a disease or a deficiency. Triggers can be, for example:

The symptoms of polyneuropathy can vary. These mainly occur in the toes, feet and legs. Symptoms in the fingers, hands and arms are rare. At the beginning of the disease, there is usually pain and changes in sensation in the legs.

Typical symptoms of an acquired polyneuropathy can include:

Symptoms of a Congenital Polyneuropathy

During a detailed anamnesis discussion, the doctor will first ask various questions, such as whether you have diabetes mellitus, whether excess alcohol is consumed and whether there is a neurological disease in the family. It is followed by a neurological examination in which nerve sensitivity, reflexes and muscle strength are checked. A blood test is also necessary to rule out other diseases or nutritional deficiencies.

Also, special examinations such as measuring nerve conduction velocity (electroneurography) and muscle activity (electromyography) of the peripheral nervous system may be necessary. Possibly, a sample of tissue is also taken from nerves and muscles.

What Really Helps With Polyneuropathy?

The treatment of neuropathy depends primarily on the cause. In the case of diabetic polyneuropathy, for example, the blood sugar must be controlled well, as this can prevent the disease from progressing rapidly. If, on the other hand, a nutrient deficiency is a cause, this must be compensated.

Medication can be used to treat some symptoms associated with polyneuropathy. Tricyclic antidepressants are often used to help reduce pain. Anticonvulsants such as gabapentin or carbamazepine, which are usually used to treat seizures, can also help relieve pain. However, side effects can occur when taking these drugs.

Cannabinoids and Their Effect On Neuropathic Pain

Many patients suffering from neuropathic pain often do not respond to classic pain medication. Often, even strong opiates do not help. The cannabinoids from the hemp plant, on the other hand, promise pain relief. Many researchers have followed up, including those from the University of Bonn.

The research team has now been able to show that the CB2 receptor acts as a brake on various defensive measures in the body. Nerves react to injuries with an inflammatory reaction, and without the CB2 receptor, the inflammation would spread further and pass to healthy nerve tissue. Accordingly, the researchers see this general inflammation as the cause of the nerve pain.

To confirm this assumption, mice that do not have a CB2 receptor were examined. After a sciatica injury, the laboratory animals developed a severe inflammatory reaction as a result of which they suffered from neuropathic pain. The messenger substance interferon-gamma seems to play an important role here, as it intensifies the inflammatory reactions. However, by activating the CB2 receptor, interferon production could be reduced.

Studies Show the Effectiveness of CBD on Neuropathic Pain

It has been known for several years that cannabis can relieve neuropathic pain. Current studies can also prove this. Researchers at the University of Parma published the results of an extensive study in 2017. A total of 614 pain patients were evaluated, most of whom suffered from nerve pain. In particular, they were interested in the form in which the patients received and used CBD, what effects it had, and whether any side effects occurred. The results of the study can be summarized as follows:

The researchers stated that cannabis therapy appears to be effective and safe, although more data and subsequent studies are needed to investigate the ideal clinical indication better.

Other researchers came to similar positive results. These also confirm that the treatment of neuropathic pain symptoms, which can also occur in the context of multiple sclerosis, is inadequate. The clinical study aimed to show the positive risk-benefit ratio of dronabinol. 240 MS patients with neuropathic pain participated in a 16-week placebo-controlled study. In the end, it was said that the study results show that dronabinol is a safe long-term treatment option.

Cannabis Therapy can Improve the Subjective Quality of Life and Sleep

Also worth mentioning is a study carried out at the University of Glasgow in the UK. More than 200 subjects with neuropathic pain took part in this. 128 test subjects received an oral spray with THC and CBD. A further 118 subjects received a placebo spray in addition to their pain therapy. They permitted dosage of the spray with a maximum of eight strokes within three hours.

The scientists reported a significant improvement in pain severity in the test group who used the THC/CBD spray. They concluded that CBD could be an effective alternative for treating chronic nerve pain. It was also added that the subjects’ subjective attitude towards life and the quality of sleep had also improved.