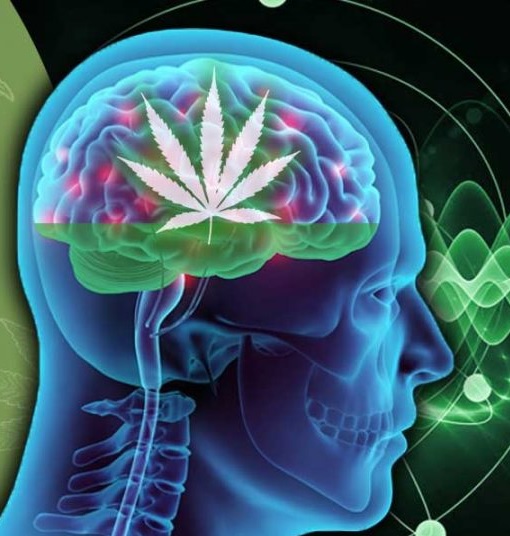 Many mistakenly believe that chronic diseases are rare. In fact, 48 percent of Americans have one or more long-term illnesses that require regular treatment.

There are many possible reasons why we develop such diseases, but research is increasingly concerned with a previously unknown cause: endocannabinoid deficiency. What exactly could that mean for people with chronic illnesses?

HOW CANNABINOIDS WORK ON THE BODY

Cannabis is often consumed because it has a psychoactive effect. Yet, we have known for millennia that it can also have a beneficial effect on our health. However, the reason why it can affect the body so strongly is not the plant itself.

We owe many different modes of action of hemp to our bodies, which naturally take place via  our body’s endocannabinoid system (ECS).

It is a very important part of the nervous system and contains cannabinoid receptors. These are distributed throughout the body, and each of us has them. Cannabis works in such a way that its active ingredients, such as CBD and THC, bind to these receptors and thus have an effect on the body.

Also, the ECS keeps the body in balance, which is called homeostasis. It ensures that everything is exactly right so that our cells can function perfectly.

Some of the body’s processes in which the endocannabinoid system is involved are:

If our ECS doesn’t work as it should, it can affect our wellbeing. It should actually produce enough endocannabinoids to keep us healthy. Sometimes it gets disturbed, and the production is too low.

This deficiency is said to occur for genetic reasons or as a result of illness or injury.

It is a condition in which a person’s body produces fewer cannabinoids than what is essential for promoting health, vitality, and wellbeing.

A recent study has also confirmed the findings of the 2008 study. The study focuses primarily on irritable bowel syndrome, migraines, and fibromyalgia – all with increased pain sensation in the affected areas.

Other diseases that are also associated with ECS are:

Despite their frequency, we don’t understand these diseases quite well in medicine and they are still persistent among many people.

5 WAYS YOU CAN PROMOTE YOUR ECS YOURSELF

Unfortunately, we don’t have any magic pill for it; however. There are several ways that you can use to naturally support your ECS.

There is growing evidence from the research that indicates how microbiome in the gut and the bacteria it contains are an important regulator of ECS.

According to experts, unnecessary antibiotics should be avoided as they damage our natural balance of the microorganisms in the intestine. Probiotics can also aid digestion.

Make sure you eat a healthy diet

You must avoid Inflammatory foods like fast foods with higher levels of trans fats or a lot of calories. These items have several harmful effects on the body. It is best if you reconsider the menu and eat consciously.

Lack of exercise is harmful to the ECS. However, many people with chronic illnesses will experience a surge in symptoms. Therefore, a little stressful aerobics program is recommended for many.

Our ECS loves balance. If our body is not rested and constantly under stress, we will upset all possible systems. So try to improve your sleep and think about how you deal with stress.

CBD oil, capsules, pastes, and e-liquids can all help to increase cannabinoid levels in the body. You should take them daily for an optimal effect.

If you notice an improvement in your wellbeing or symptoms of your illness after taking CBD oil for some time, you may have a low cannabinoid level.

CBD could have a variety of effects, mainly because the body seems to react so strongly to cannabinoids. If we have a low cannabinoid level, this could cause health problems for some people.

If CBD relieves your symptoms, it may be because your body is not producing enough endocannabinoids itself.

To support your body, you should improve your lifestyle and take cannabinoids in the form of supplements, such as CBD oil.