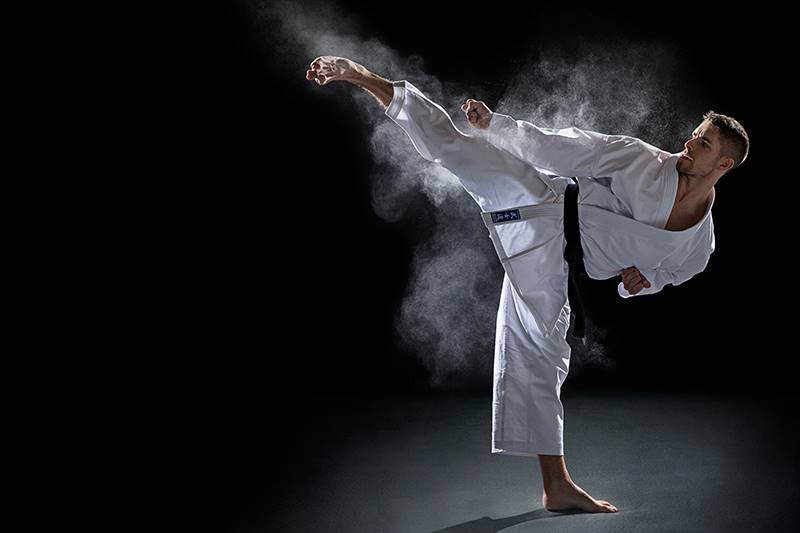 As you can imagine, the world of professional martial arts is a rough one. As a boxer myself, I have personally experienced the toll it takes on your body and how you consistently need to use the right and healthy supplements.

Athletes sacrifice their bodies (and often their greater physical and mental wellbeing) in order to maintain maximum strength, endurance and performance. So, what could be more obvious than combining CBD oil and high-performance sports? I have used it and found it to be exceptionally effective for managing my pain naturally, improving my sleep and enhancing my overall health. Apart from my personal endorsement, we do have a long list of professional fighters – often touted as the best fighters in the world – who bank on CBD oil and even recommend it.

Films like Rocky, Raging Bull, and Million Dollar Baby may be a little over the top, but their core stories aren’t very far from the reality of professional struggle: to be the best, fighters must have no limits. You have to be willing to make sacrifices to get to the top.

The abuse and physical strain that MMA fighters, boxers, UFC fighters or other martial artists put on their bodies every day is great. The requirements are both physical and psychological regardless of losses. It takes unique focus and determination to maintain everyday productivity.

For this reason, most experts agree that a martial artist’s healing techniques are as important as the actual training program. If they cannot recover properly (both mentally and physically), you have no chance of achieving excellent performance when it comes down to it.

That is why nutrition is so vital to the body and well-being of a professional. If a martial artist assumes that the body recovers as quickly and efficiently as possible, he must pay attention to the smallest details of his physical health.

Therefore, it may not come as a surprise to you to learn that a handful of the world’s most successful MMA and UFC fighters have chosen CBD oil – a 100% natural hemp-based dietary supplement – to shorten their recovery times without side effects.

In this article we show you some of the most famous people in professional martial arts who have spoken out in favor of CBD. We also explain why the active ingredient based on natural hemp will become increasingly popular with MMA and UFC athletes in the future.

Prescription Drugs and Pain Relievers: An Important Topic in the World of Martial Arts

It’s no secret that addictive opioid-based pain relievers are a big problem in professional sports. This is especially true for American football players, rugby players and professional martial artists, where physical abuse and “physical harm” are literally in the nature of sport.

In fact, an article appeared in the Washington Post in 2017 detailing the apparent abuse of painkillers by the National Football League (NFL). It says that team doctors would prescribe addictive, opioid-based analgesics to their players to reduce effort and pain and to let them play as many games as possible.

Legal records showed that practically every single NFL doctor “had testified that he had violated one or more federal drug laws and regulations” (while serving as a team doctor).

Of course, the highly addictive properties and harmful side effects of opioid pain relievers have also become known over the years.

In addition, most UFC fans will surely remember that semi-heavyweight world champion Jon Jones tested positive for bans last year on the agents listed by the USADA (United States Anti-Doping Agency). Who could forget the long-standing reports of pain medication addiction by the WWE and MMA legend Brock Lesnar. He blamed the fact that he was routinely subjected to a “non-forgiving environment” in which “there are many different injuries to deal with”.

For a first class and professional martial artist (or athlete of any kind), this is the last thing he can use for the body to become dependent on the harmful effects (both mental and physical) of prescription pain relievers.

Fortunately, some top-class athletes have found a safer and more natural way to use it. Many now choose to combine CBD oil and sport.

Professional martial artists who have campaigned for the use of CBD

Nate Diaz is probably the most famous case among the few high-profile martial artists who have spoken out in favor of cannabidiol (CBD). This is mainly because after an argument with UFC legend Conor McGregor, he was filmed at a press conference with a CBD vape pen.

When asked what he was inhaling, Diaz replied:

“This is CBD. It helps with the healing process, inflammation and much more. It’s great to use it before and after fighting or training. It really improves life immensely.”

In addition to Diaz, several other well-known UFC and MMA stars have spoken out in favor of the CBD effect in recent years:

In August 2018, the US company announced that two-time UFC bantamweight champion TJ Dillashaw had become an “official Green Roads athlete” and a “longtime user of the CBD Products”.

TJ recently posted a picture with a bottle of CBD, titled that it is “best for relaxing after a hard workout” and that it helps “turn your head off”.

Liverpool-born, semi-Irish boxer Jack McGann is not as famous as TJ Dillashaw, but has also advocated the use of hemp-based supplements to support the popular British CBD oil company.

During the fight, Jack carried a massive cannabis leaf on the back of his shorts. It was in the shape of the official brand logo.

Mazany is an American MMA fighter from Alaska (previously 24th in the world in bantamweight) who, according to various news sources, spoke openly about her CBD experience for various purposes:

“There are so many ways that CBD can benefit everyone in one way or another … it’s not normal [what we’re going through] and it’s actually not healthy. Why can’t we have that extra something? It helps us recover, stay healthy, and limit brain damage! I am actually very surprised that it did not happen earlier [the removal of CBD from the WADA list of banned substances].”

According to the website, Mazany uses a 1:1 CBD/THC vape pen to help her with anxiety and sleep.

In 2017, Camozzi (a middleweight UFC athlete) had a discussion in Reddit’s AMA (Ask Me Anything) series. He discussed why he uses CBD oil as a world-class fighter. Under the title “I am a UFC athlete and openly use the CBD oil effect in injuries and for my recovery,” said Camozzi.

“I healed my knee [with CBD oil] faster than my doctors had ever seen. I will never forget the doctor. After everything I heard about CBD, it wasn’t a shock … I was really a believer.”

He went on to say that his CBD oil experiences “changed his life” and the lives of “others around him”.

Is it legal for professional fighters (or other athletes) to use CBD?

The fighters listed above are lucky. Regulatory agencies responsible for UFC drug testing, such as the World Anti-Doping Agency (WADA) and the United States Anti-Doping Agency (USADA), removed CBD from their list of banned substances. CBD is now legal.

In an article on the UFC news website BloodyElbow.com, WADA announced an updated list of banned substances for its 2018 combat plan. Then they removed CBD products:

“Cannabidiol (CBD) is no longer prohibited,” the statement said. “Synthetic cannabidiol is not a cannabimimetic [a compound that has the stereotypical effects of cannabis]”.

This is of course great news for UFC and MMA fighters. Mainly because they have long been committed to the benefits of CBD. But ultimately, these are great news for athletes around the world. It seems that the right people are finally starting to differentiate between the effects of non-psychoactive hemp extracts and those of actual cannabis.